A GRADUATE’S STORY: HOW PARIS BOUNCED BACK 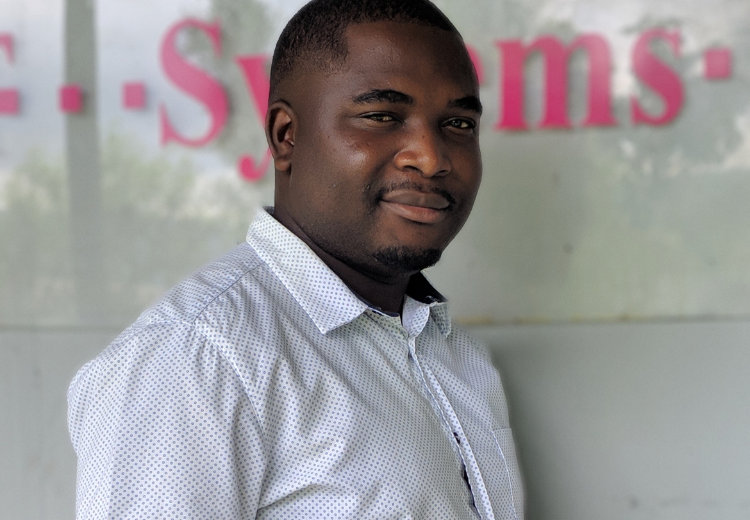 This week we kick off a series of good-news articles in partnership with one of our favourite platforms Good Things Guy. In August, we celebrate 10 years of bringing digital learning – through cool stuff like robotics – to rural communities around the Kruger National Park and in the Free State. We hope you find these stories as inspiring as we do!

“After matric, Mama Sipiwe Solomons asked me if I want to continue with school or to get a job. Finding work so I could provide for my sisters felt like the viable option at the time. But I chose education instead.” 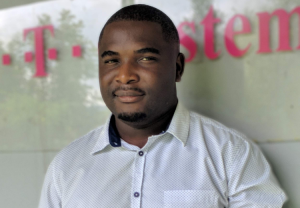 Paris Moeng (left) was able to get a decent job in IT support thanks to the digital skills he learnt at the Good Work Foundation’s Bridging Year Academy (right).

Paris Moeng is a 28-year-old professional from Kamajika near Hazyview in Mpumalanga who has a wonderful family and lovely home that he worked hard to build for himself.

He also has a good job as an IT help desk support specialist for Good Work Foundation’s (GWF’s) social enterprise, VillageUp, working on the Gijima Technology Solutions (formerly T-Systems) account.

However, life hasn’t always been smooth sailing for the Mpumalanga resident and could have turned out very differently had it not been for a community “angel” and GWF, which at the time was a small, new, idealistic non-profit with a dream to reinvent rural education. Here is Paris’s inspiring story.

Bouncing back from a double blow

“Life was good in the beginning; we were a normal family. My mother was mostly away from home for work and my two younger sisters and I lived with our gogo [grandmother], who looked after us. I never knew my father as he died when I was three years old.

“Gogo, who was already a pensioner at the time, loved farming and had livestock – cows and goats – and she taught me from an early age how to breed and look after it,” Paris explains. 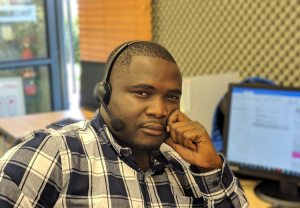 Paris Moeng on the job as an IT help desk support agent, flying high!

“So my daily routine was pretty much set: I’d go to school, come back and do homework, then off I would go to herd the cattle. I never had the privilege of playing soccer in the streets after school and on weekends like the other children. But in hindsight, it was good for me because it taught me responsibility from a young age.”

In 2007, Paris’s grandmother and mother both suffered a stroke, a few months apart. He was only 13 at the time, while his sisters were 10 and eight years old.

“From there onwards, life turned upside down for us. The two people who took care of the family needed to be taken care of: that meant there was no income and we quickly had to learn to fend for ourselves.”

Fortunately for the siblings, a pastor from a local church heard about their situation and extended a helping hand. Sipiwe Solomons – or Mama Sipiwe as she is affectionately known – had a huge parish, together with her husband Solly, called Hosanna Church, that was involved in charity work and took care of orphaned and vulnerable children.

“Mama Sipiwe gave us food and clothes regularly and made sure we were taken care of.”

“That was a very confusing time for me: Gogo was bedridden and I had two siblings to take care of. But I focused on school until I finished high school in 2011.

“After passing matric, Mama Sipiwe sat me down and asked me if I wanted to continue with school or to get a job. At the time, finding work so I could provide for my sisters felt like the viable option and it dominated my mind for a long time. But I chose education instead.”

Mama Sipiwe then told Paris about a small organisation that would soon open a campus to help young adults in the area: Good Work Foundation. The following year, Paris joined and by 2013, he was among the first group of young adults to complete the 12-month Bridging Year Academy course, where they learned English and digital literacy skills.

“I went on to complete a number of other programmes within GWF’s ICT Academy, where I earned an IT certificate and an ICT advanced certificate. At the end of the same year, I was offered a job at GWF.”

“Life improved after that as I was able to take care of my family and buy food, electricity, school uniforms and clothes for my sisters and myself.” 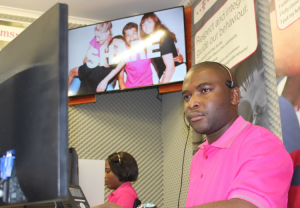 That was not the end of his journey, though. In 2016 Paris was a part of a group of trainees who were taken to Midrand, Johannesburg, by the then T-Systems. He was later hired as a call centre agent by GWF and sub-contracted by T-Systems. In the same year, he travelled to Florida in the United States as part of a GWF fundraising campaign.

He has since enjoyed a fruitful career, including being named Agent of the Month many times – this includes the Hazyview call centre and across multiple T-Systems business process outsourcing centres nationwide. In both 2018 and 2019, he was voted national Agent of the Year for T-Systems across its entire South African business operations – quite an achievement! 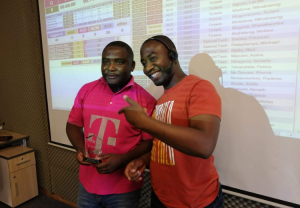 Paris says he doesn’t regret his decision to choose furthering his studies over rushing to get a job, because his life has turned out just fine – great, in fact! In 2017 he bought a piece of land and built a home for his own small family: his partner and his son.

“I’ll forever be grateful to Mama Sipiwe and GWF. Without the opportunities I received through the foundation, I have no idea how my life would have turned out; I don’t even want to imagine it. Today, I am a proud and responsible father, partner and brother who can take care of his family. Thank you, GWF.”

Invest in securing a future for young people like Paris by supporting the #GoodWorkFoundation: Donate to Good Work Foundation 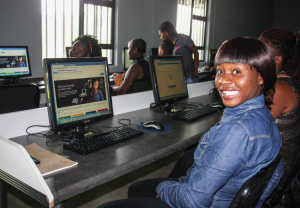