FROM TINY TOTS TO TITANS TAKING OVER THE WORLD 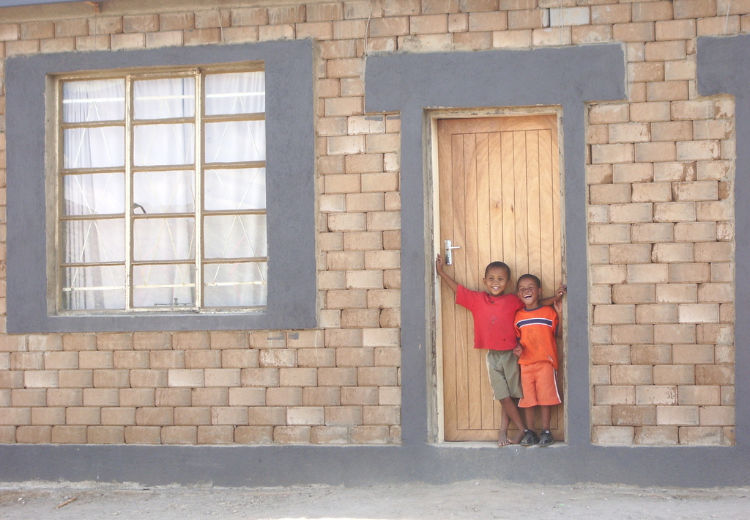 This week we kick off a series of good-news articles in partnership with one of our favourite platforms Good Things Guy. In August, we celebrate 10 years of bringing digital learning – through cool stuff like robotics – to rural communities around the Kruger National Park and in the Free State. We hope you find these stories as inspiring as we do! 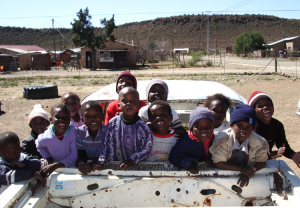 From fresh-faced kiddies in sleepy Philippolis … 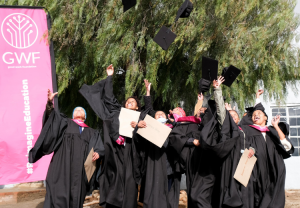 “When I stood up to speak to the graduates, it suddenly hit me that all those little people we brought into the preschool were now young adults who are ready to go out into the world of work.” – Good Work Foundation CEO Kate Groch

Philippolis is the type of sleepy Karoo town in the Free State where nothing much happens, especially if you’re a young person. But, in the spirit of “build it, and they will come”, in 2005 a group of plucky volunteers built a preschool where previously there had been none. Now, 17 years later, that single leap of faith has had a seismic effect on the town’s residents, and beyond.

In July 2022, a group of tots from that preschool graduated as digitally skilled young men and women, their pockets bulging with dreams, from the Bridging Year Academy run by Good Work Foundation (GWF) – the rural education non-profit that was born out of that initial investment in early childhood development.

That village preschool – built on a wing and a prayer using a DIY building manual and homemade bricks – is still firing up littlies with the wonder of learning. The foundation has since also built an entire digital learning campus there.

Good Work Foundation CEO Kate Groch made a point of driving to Philippolis to attend this historic graduation. It was the first cohort of young people to have benefited from first the preschool, and then from GWF’s supplementary school and bridging classes that came later.

She found herself marvelling at how these “little scraps of humanity” she had first come to know as three- and four-year-olds had grown into confident, go-getting young adults. It was quite an emotional occasion, she admits. 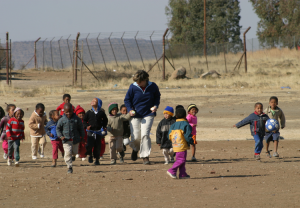 On your marks, get set … to learn some cool stuff! Good Work Foundation CEO Kate Groch horses around with kiddies in Philippolis. 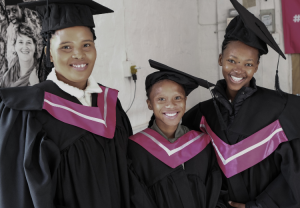 “Smart and shiny” … the graduates are all smiles on their special day.

Smart, shiny and full of dreams

“It was amazing. The graduates were all smart and shiny in their graduation gowns. Their parents were there, crying. It was a formal occasion and it was a big deal for them, full of singing and pomp and ceremony.

“I got up to speak to them and as I turned around, I had a sudden snapshot in my mind’s eye of these faces when they were little. The faces before me were the same, just older.

“It suddenly hit me that all those little people we brought into the preschool were now young adults who were ready to go out into the world of work. It was a very ‘big-circle’ moment for me, and a reminder that what we do is important. There is beautiful talent in these rural towns that we need to keep unearthing.”

Good Work Foundation is today a non-profit that is reimagining education with its six digital learning campuses for rural youth in the Free State and Mpumalanga, attended by more than 11 000 learners every week. The award-winning, life-changing, job-creating success story it is today can be traced back to the building of the preschool in Philippolis – its first “official” project. 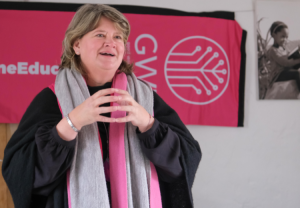 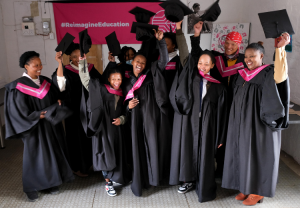 Just look at them now! This was one graduation ceremony she wasn’t going to miss, says Kate Groch.

Getting a head start in life

“Research shows that getting a good early start completely changes a child’s trajectory in life,” says Kate. But there was little in the way of preschool learning in the poorer parts of “Phili” 20 years ago, and this trickled down all the way through its schooling system.

She was volunteering as a teacher at the local high school at the time. “When I started working with the matrics in Philippolis, the opportunities after school were just not the same as in the urban centres,” says Kate. “Whether you were a top student or the worst student, the following year, you would still be sitting on your stoep in Philippolis. Nothing changed for you for working hard; there wasn’t inspiration. There was no urgency to learn or study.”

But she soon started seeing what was possible, with a little imagination and a determination to bring the excitement back into learning. “When we got to the local school, the matric pass rate was 23% and in two years, we got it to 96%,” says Kate. “The biggest shift was us getting one or two students into university, because the moment we got them in, it became possible for everybody and that changed how people got motivated for the following year.”

The poor state of schooling – and the lack of motivation – in the town inspired her and others to do something about it. Included in that cohort was Kate’s mother, Maureen “Mo” Groch, who has been working side by side with her daughter for many years to change the face of education in South Africa. 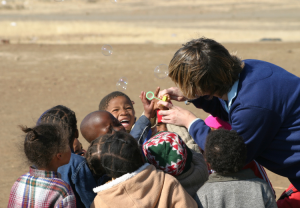 It’s been an emotional journey for Kate Groch, watching some of these tiny tots grow into self-assured and capable young adults over the past 17 years.

At the time, Kate was also heading up the Future Nature NGO with conservationist Shan Varty. Supported by the President’s Award, they would enlist young volunteers from South Africa and abroad – including exchange students – to mentor Philippolis locals, and roll up their sleeves to paint buildings, build veggie gardens and raise funds for community development.

In December 2005, with donations raised through Future Nature, Lulani Vermeulen (who would later manage GWF’s Philippolis Digital Learning Centre), Shan’s son Boyd Varty (today a renowned life coach, tracker and speaker), and Kate joined forces with the communities of Philippolis and the Bergmanshoogte village to build the preschool.

Later came the playground, then the toilet block and a hall. Building it wasn’t easy, but it was highly gratifying to see the results, says Kate.

“These little kids were so independent, walking to the preschool by themselves. The excitement they had about learning was so lovely. You tend to lose that will and excitement to learn in the education system, so it was amazing to see it play out – and continue.” 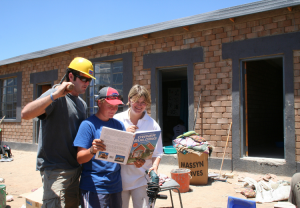 Build it (a preschool in the rural Free State) … 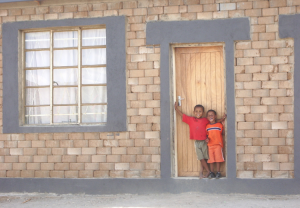 … and they will come! Almost 20 years later, the Philippolis preschool is still nourishing young minds.

How an investment in hope is reaping dividends

This experience sowed the seeds for what was to become Good Work Foundation, which opened its Hazyview Digital Learning Centre in Mpumalanga in 2012 – but Philippolis was not forgotten. In 2015, GWF opened a satellite digital learning campus in Phili.

“Once we had successfully built the Hazyview campus and evolved its programmes to what they are today, we thought it would be a good idea to bring the same learning programmes back to Philippolis, though at a much smaller scale,” says Kate.

Philippolis – which is plagued by high youth unemployment – now has a full Opening Learning Academy programme for schoolchildren and a Bridging Year Academy for school-leavers, and also works with special-needs children. The centre gives them that extra boost when applying for jobs or for university.

“The most amazing thing for me is that the Bridging Year Academy class that graduated at the Philippolis campus this year were the students that started in the preschool there in 2005, and that these kids still want to learn despite all the difficulties they face,” says Kate.

“I spoke to one who is enrolling in the South African Police Service’s Academy. It goes to show how we never gave up on these young people and the positive impact that this has had on their lives,” she adds. “It’s proof that once you start to love learning, it never stops.” 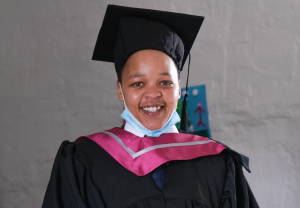 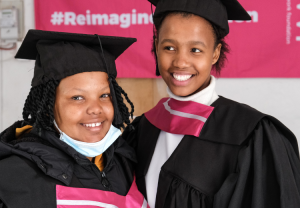 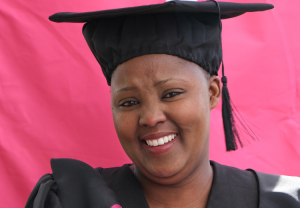 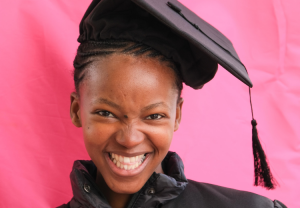 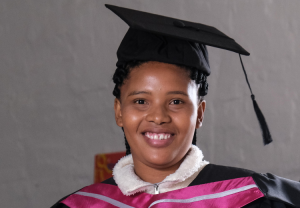 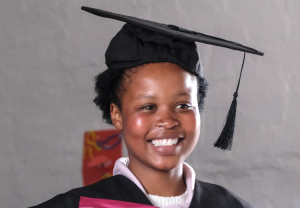